Today Mark Nicholson was the first man on Mars. Mark reached Mars in less then 3 days in his home made spaceship that he built in his garage out of spare bicycle parts (and a broken garmin).

The above paragraph would not surprise me if I read it in a newspaper in the future.

Last week I got a text of a mate telling me of Marks latest feat........cycling from John o Groats to Lands end. "No big deal" I thought as I knew he had done this several times before, but as I read on I was amazed to discover he had done it in less then 3 days!!!!! All up hill too (or is that the way it looks on a map).

This was just one of the many fantastic achievements Mark has done over the years, others include;

5 marathons in different continents in 12 months
Coast to Coasts (the wall and the Wainwright)
Iron man Triathlons
All The Wainwright s  (214 fell tops)
The Bob Graham Round ( the toughest!!!!)
Hill reps up Graham Street
and many many more....

As far as I know Mark does all these for charity, what a top top bloke. 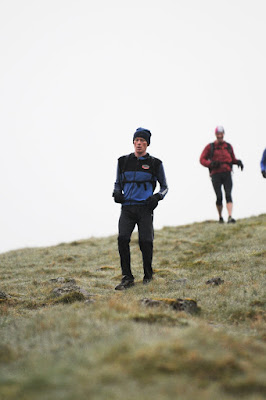 Mark being chased on Mars by aliens!
Posted by Stu Stod at 22:31

Mind you, he's only about 23 isn't he? There's time yet then. I presume he'll be part of the IHR team?....that's if he isn't off quietly reccying the Tour de France route for next summer.