Update on the last update

Was it really 26 months since my last post and and my impending London marathon debut.

A lot has happened in that time.

London was great. As I mentioned in my last post -over 2 years ago - the hotel (expensive) and train tickets {another mortgage) were all booked and paid for. The training had gone great and I was hopeful of a sub 3. It was just a shame that I got a stress fracture 4 weeks prior. I felt total despair for my misfortune and couldn't even go to London to watch or even stay in the plush hotel for 3 nights. My wife, her friend and my daughter had no trouble in helping me out though and Im led to believe they had a great few days away. They did complain of having tired feet I seem to recall.

Later on that year I did Langdale marathon and finished a distant 2nd on a wet and miserable September day. That was my third and last marathon and even though I would like to get a sub 3, I don't think its going to happen now. I shall let my Windermere 3.04 haunt me forever.
And that was the main talking points on 2015.

All 3 races seemed impossible a few years ago when I was injured with Gilmores Groin and it was great to do  3 Peaks again. I was only 1 second off getting a first class certificate and only 20 seconds from a PB. I promised my self I would train hard for the next year and try and get nearer 3.35.

I thought Helvellyn would be a lot easier then what it was. Ive done this race a few times but I struggled a bit on the climbs and didn't push hard enough on the faster runnable bits but still felt good to running on the high ground again.

Howtown is a race on my doorstep and never been injury free to do it so was absolutely magic to finally run it. Had a great battle with club mate Derek Hurton and was pleased to finish in the top 10 in 2hr 22min. 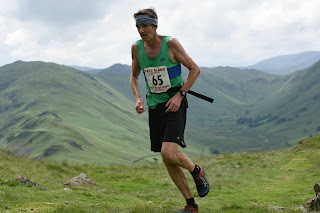 Again Tour De Helvellyn was another event that is on my doorstep and thought it was be beyond me a couple of years ago.
Suppressed myself and finished 7th in 6hrs 27mins  - Delighted with time but couldn't have wished for better running conditions.

The main reason I let my running dairy/blog slip is because I was uploading all my activities on Strava but I've come realise I like expressing my thoughts down on paper.

Im hoping to continue this blog on a more regular basis. I've said it before in a much earlier post but this blog is for me and for me to read back when Im older and no doubt  wince at the shite I wrote.

That's me all caught up.