The day after Brampton - Carlisle 10 mile road race I met up with Scamp to run leg 1 of the Bob Graham Round, unfortunately he brought Steve A along too so it was a case of me and Scamps having a good run out and Steve A yapping all the way round. We missed the climb of Blencathra though and opted to run along to Skiddaw House and then back to Threlkeld. A good  3hrs out and it was good to catch up with Scamps!
Good to have Steve A back running too.

Monday night I did nowt and on Tuesday I set of to do a good 8 miles but cut it short to about 4. I was starving and felt horrible.

Working late on Wednesday and parents evening on Thursday but managed a good 8 mile run after it.

Friday is traditionally shopping night in the stoddys household so not much chance of fitting a run in, fish and chips the more likely option.

Saturday I had 3 choices. Kirkbymoor fell race, Ravonstonedale 10k or Cumbria cross country at Maryport.
The big dumping of snow made my choice for me though, with kirkbymoor to far on the back roads and Ravonstonedale cancelled it was the shortest and most boring option, the cross country at Maryport. After having the drive from hell to get there (window washers frozen up) I got there to be told some knob had put a stonking big poster of me up in the register area........Steve f*****g  Angus advertising his race photos!

As for the race, well I never know how to run a race under half marathon distance - go off quick and hang on or set off steady and try and make places up - I decided to set of quick, so quick that I was still with eventual race winner Steve Hepplethwaite of Keswick AC after 1 lap. Needless to say that I crashed and burned and finished 4th out of the fast group, but for 3/4 of a lap I like to think I had Steve  h worried...........in case I had a heart attack!!!!
He said to me at the end that he looked over his shoulder and thought ...
"bloody hell, its Stu?"
Good fun and 4 other Eden runners made the long trip too.
Thanks to athlets in action photos for above image

Today, Sunday I was going to park at Askham and then run to Boredale Hause  and back, a good 4 hours I was hoping for, but again there was another fresh dumping of snow and after getting the Sunday papers in the car, decided that it was too risky to drive out of town. This is when I came up with my brilliant idea. Bike out, do the run , bike back.
I got a mile and after nearly coming off for the 3rd time and unable to feel my fingers gave up on this hair brain plan and returned home, again nearly falling off.
After defrosting my fingers I gave up on fell run plan and opted to run out of town and through Lowther Park to Askham and back, about 10 miles.
With the snow it really was a picturesque run. 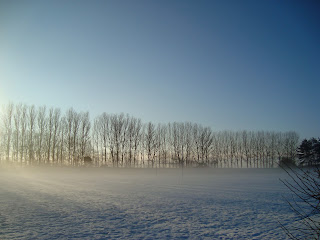 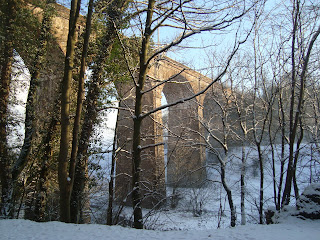 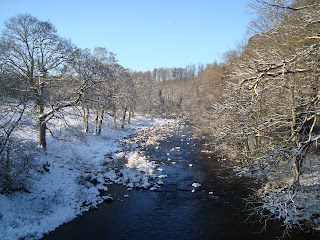 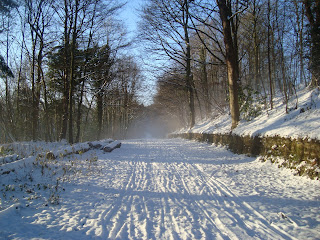 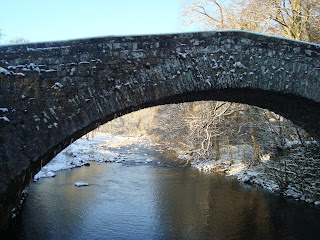 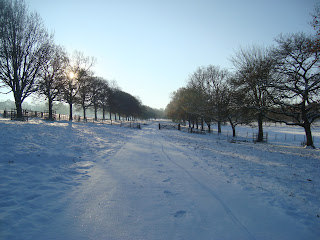 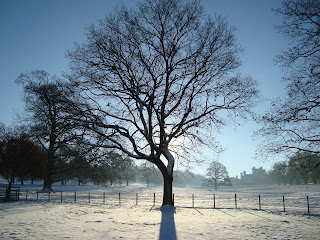 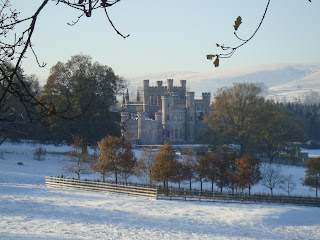 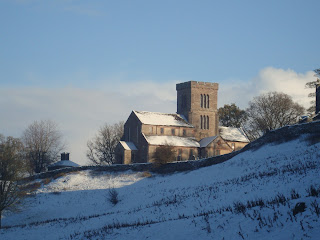 Sorry for all the photos today, but it really was a great run/photo day.
No sign of Steve B this week but reports have reached me that he is having an assault on the new streets race on Wednesday night. Report to follow.
Posted by Stu Stod at 16:15

fantastic shots stu..i did lowther race last year..great to see it with a smattering of the white stuff!

Great photos Stu, we did 6 miles up and down the Eden Valley, picture postcard stuff!

Fantastic photos Stu, and ditto on the short races - I don't think I've ever got one totally right yet!